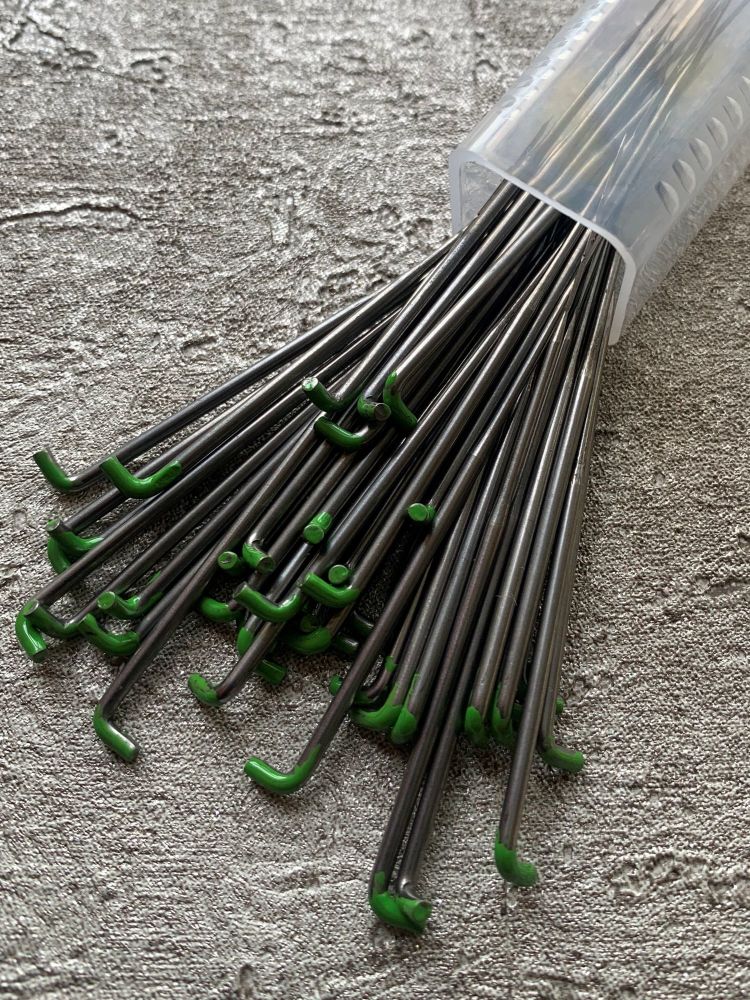 0 in your basket
View Basket Checkout

Inverted barb needles have the barbs pointed the opposite way as regular felting needles, so pull the fibre outward instead of pushing and felting the fibre inwards. These are typically used for making a furry (as opposed to smooth)surface for 3D forms such as cats and dogs.

These felting needles are suitable for using with or without a handle or holder.

The needles are newly cut, very sharp and fast to felt with.

The needles have been designed with increased flexibility to reduce breakage.

*Felting needles are brittle, and are therefore easily broken. To reduce breakages use the needle in a straight in, straight out motion. The needle is best not bent, wiggled or put under a lot of pressure. As a general rule if the needle will not enter a surface with ease do not force it.

Recommend this to a friend  +